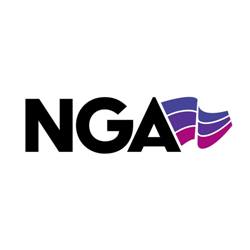 Heading into the 2018 cycle, Democrats and Republicans in 15 states were aiming to tie, break, or extend the longest gubernatorial winning streaks the party had recorded in state history.

Parties in 13 of these states were successful: Democrats in California, Minnesota, and Oregon and Republicans in Alabama, Arkansas, Florida, Georgia, Idaho, Maryland, Oklahoma, South Carolina, Tennessee, and Texas.

As a result, more than one-third of the states in the nation are now governed by a political party that is enjoying its longest (or tied for the longest) winning streak for the office.

Gavin Newsom’s victory with 61.8 percent of the vote was the strongest showing ever for a Democratic nominee in state history, the third best by a non-incumbent, and the fifth best by a nominee from any party.

Oregon Democrats passed up Washington for the party’s current largest winning streak in the nation at 10 in a row with Kate Brown recording a 6.4-point reelection victory.

The previous best streak for the party in the state was just three straight wins, logged more than a century ago (1870-1878).

With his 11.4-point victory in Minnesota’s open seat contest, Congressman Tim Walz tied the DFL/Democratic record with his party notching its third consecutive victory since 2010. Democrats won three in a row from 1904 to 1908 (with John Johnson) as did the DFL from 1954 to 1958 (with Orville Freeman) – though each of these streaks were for two-year terms.

On the Republican side of the ledger, two streaks came to an end.

However, Republicans did equal or set new party records in 10 other states.

The party extended its record streaks in four southern states:

New party records were also set in four other states – three in the South and one out West: 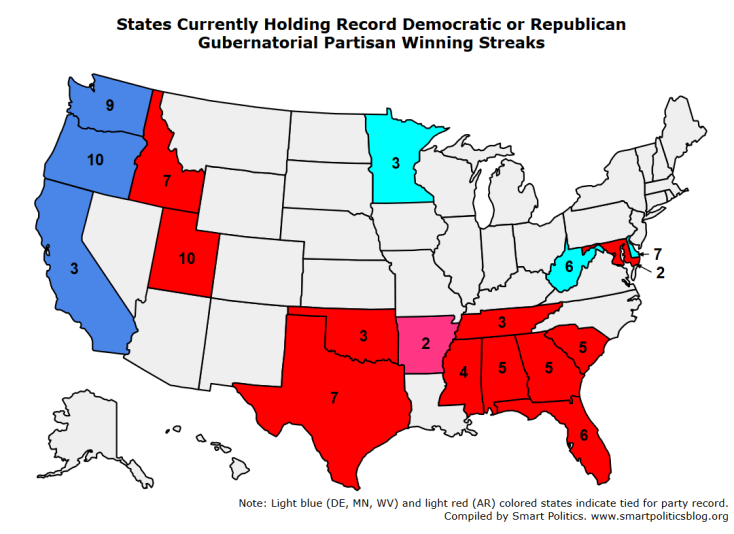 Looking ahead to the 2019 and 2020 cycles, Washington Democrats can build on their party record of nine straight wins with the state’s next election in 2020. Democrats in Delaware and West Virginia are currently tied with their party’s best mark and look to break it in 2020 with their eighth and seventh consecutive wins respectively.