After more than five-dozen failed attempts to flip a seat, Democrats won the most competitive election for the office in South Carolina in more than 125 years 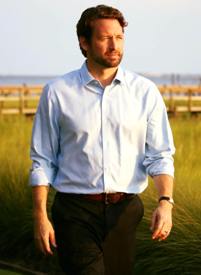 The win was the closest race in the Palmetto state in 126 years and ended the largest Democratic pick-up drought in the nation at 61 consecutive failed attempts dating back 30 years.

Democrats had not flipped a GOP-held seat in South Carolina since Liz Patterson won the open 4th CD seat in 1986 previously held by Republican Carroll Campbell.

Since Patterson’s 1986 win, Democrats had suffered defeats in 58 general election contests involving GOP-held seats in the state plus three special elections in districts vacated by Republicans.

South Carolina Democrats had flirted with flipping a seat on only rare occasions during this three-decade drought, coming within single-digits of victory just six times across these previous 61 contests:

The race surpassed the aforementioned 1992 contest between Inglis and Congresswoman Patterson. [Note: A March 1894 special election in the 1st CD between two Democrats – former state Senators James Izlar and James Stokes – was decided by 2.8 points].

The last time a U.S. House race was more closely decided in South Carolina was the 7th CD race in 1892.

Murray’s 1st CD win two years later in 1894 (seated in June 1896 after successfully contesting his race against former Congressman William Elliott) was the last by a Republican for the office in the state until Democrat-turned Republican U.S. Representative Albert Watson carried the 2nd CD in 1964.

In relative terms, the 2018 cycle was very competitive in South Carolina across the state’s congressional districts.

In fact, the average victory margin in the state’s congressional races has only been lower in one cycle across the last 60 since 1900: 20.6 points in 2008.

With Democrats putting an end to their streak of failure in South Carolina, the current biggest pick-up drought for the party is now in Missouri where Democrats have failed to flip a seat in 65 consecutive elections since 1994 – doing so in all six GOP-held districts last month.

The last time a Missouri Democrat picked up a Republican U.S. House seat was after redistricting in 1992 when Pat Danner upset nine-term incumbent Earl Thomas Coleman by 10.9 points in the state’s 6th CD race.

The party has also failed to flip a seat in 39 straight races in North Carolina since 2010 excluding the 9th CD which is likely to see a re-do special election in 2019.