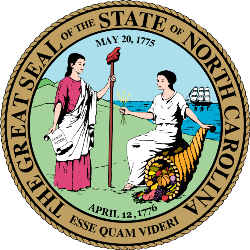 When North Carolina’s State Board of Elections declined to certify the results of the 9th Congressional District race last November due to potential absentee ballot fraud, it set in motion a vacancy in the 116th Congress that is still ongoing with no clear end in sight.

According to a Smart Politics analysis of the Biographical Directory of the United States Congress, this is the 49th vacancy in the U.S. House that North Carolinians have endured since statehood – but just the fifth not due to death or resignation and only the third that occurred at the beginning of a new congress.

[Note: Vacancies resulting from North Carolina’s secession from the Union in 1861 are not counted for the purpose of this analysis].

To be sure, the 9th CD vacancy is hardly the longest in Tar Heel State history.

The district’s residents have been without representation for only 33 days, although that number will likely more than double if a new election is called. An evidentiary hearing before the new elections board will be held in two weeks on February 18th.

Over the last 230 years since statehood, 27 North Carolina U.S. House vacancies were caused by the member’s death with the most recent being that of 14-term Democrat Walter Jones, Sr. in September 1992.

The current 26-year, four-month stretch between deaths in the state’s U.S. House delegation is the third longest in North Carolina history.

There was a 28-year, four-month gap between the passing of 14-term Whig Lewis Williams in February 1842 and two-term Republican David Heaton in June 1870 and a 26-year, 10-month span between the deaths of 14-term Democrat Herbert Bonner in November 1965 and the aforementioned Jones in 1992.

Another 17 vacancies were created by the resignation of North Carolina U.S. House members.

The last to do so was 11-term Democrat Mel Watt in January 2014 (to become Federal Housing Finance Agency director) with only two others doing so in the last half-century: 11-term Republican James Broyhill in July 1986 (after being appointed to the U.S. Senate) and freshman Frank Balance in June 2004 (citing health issues, although he was convicted in federal court of conspiring to commit mail fraud and money laundering a few months later).

The 9th CD vacancy is just the third to occur at the onset of a new congress – and the second amidst controversy.

In March 1831, the 22nd Congress began without representation in North Carolina’s 2nd CD.

Former U.S. Senator John Branch was elected as a Jacksonian in the district, but continued to serve as President Jackson’s Secretary of the Navy – a position he assumed in March 1829 – for another two months.

North Carolina also only saw six of its seven seats filled after the Election of 1870 when the 42nd Congress convened in March 1871.

The apparent winner of the state’s 4th CD seat was Democrat Sion Rogers (a former Whig who served one term in the 33rd Congress (1851-1853) and was elected attorney general of North Carolina during the Civil War).

However, Republicans held a 30+ seat majority over the Democrats in the 42nd Congress and did not seat Rogers as his Republican opponent James Harris contested the election.

This nearly 15-month vacancy is the longest for any U.S. House seat in the history of North Carolina.

Two other vacancies occurred due to election contests, although after the representative had served for a period of time in the new congress.

Midway through the 10th Congress, in January 1808 the 7th CD seat of Federalist John Culpepper was declared vacant after irregularities in three of the district’s five counties were found in his apparent 49-vote ousting of Democratic-Republican U.S. Representative Duncan McFarland who contested the Election of 1806.

The House Committee on Elections concluded “It is most proper to give the citizens of that district an opportunity to have another election.”

In the late February 1808 special election rematch, Culpepper defeated McFarland by 13.8 points to regain his seat after a 51-day vacancy.

Nearly 30 years later in elections to the 24th Congress (1835-1837), Anti-Jacksonian James Graham was reelected to the state’s 12th CD seat against David Newland but the result was voided by the Jacksonian-dominated chamber on March 29, 1836.

The seat remained vacant for 8 months, 6 days until Graham won the December 1836 special.