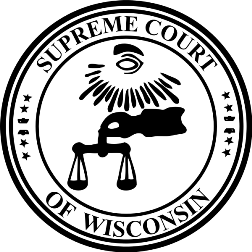 With nearly 6,000 votes separating the two jurists, it is extremely unlikely that a meaningful shift in the vote would occur if Neubauer calls for a recount. [Unless, for example, a clerical error  is discovered in which a substantial number of Neubauer votes were entered in the wrong column on a spreadsheet].

In any event, with official certified numbers still a few weeks away, the 2019 election will still go down in the record books as one of the most closely decided races for the office in Wisconsin Supreme Court history.

Smart Politics analyzed the returns of the more than 125 elections to the Court conducted since the 1850s, and found that the 2019 race ranks in the Top 4 most competitive contests.

[Note: For this analysis, the first election to the Supreme Court was excluded as three candidates were elected on a single ballot among six listed candidates. Abram Smith, Edward Whiton, and Samuel Crawford defeated Charles Larrabee, James Knowlton, and Marshall Strong].

As of the current count, Hagedorn leads Neubauer by 0.495 points – good for the fourth closest race in history.

The 2019 race narrowly trails the high profile 2011 election between Justice David Prosser and Assistant Wisconsin Attorney General JoAnne Kloppenburg that was seen by some as a proxy race or referendum on the early (controversial) days of Scott Walker’s governorship.

The Walker-backed Prosser defeated Kloppenburg by 0.488 points to avoid being the second incumbent defeated during the last three cycles (Louis Butler, 2008).

Only one other race had been decided by less than a percentage point since the turn of the 20th Century.

In 1980’s open seat race caused by the retirement of Connor Hansen, circuit court Judge Donald Steinmetz edged former assemblyman and Milwaukee County Circuit Court Judge Louis Ceci by 0.36 points. [Ceci was later appointed to the Supreme Court by Governor Lee Dreyfus in 1982 to fill the vacancy after John Coffey was appointed to the U.S. Court of Appeals by Ronald Reagan].

The closest race across the more than 125 elections to the Wisconsin Supreme Court took place nearly 160 years ago in 1860.

In 1859, Luther Dixon, a judge on the 9th Judicial Circuit, was appointed by Governor Alexander Randall to fill the vacancy after the death of Chief Justice Edward Whiton.

The Republican Party nominated Sloane in early March 1860 and a few days later Dixon was nominated by petition as a nonpartisan candidate. Wisconsin Democrats did not nominate a candidate for this election.

The winner of the tight April election was in doubt for several weeks, but by early May it was determined Chief Justice Dixon held his seat by a margin of 395 votes out of more than 116,000 cast, or a margin of approximately 0.34 points.

Dozens of Wisconsin Supreme Court justices were subsequently elected without opposition over the next century and a half, with approximately two-dozen races decided by less than five points including seven in the last half-century.

The certified votes of the 2019 election will also include write-in votes which will slightly reduce the margin of victory in the race, although not enough to make it closer than the Kloppenburg vs. Prosser contest in 2011.

Posted in Wisconsin and tagged news