Over the last half-century, only five of Iowa’s 25 exiting U.S. Representatives did not seek reelection or another elected office 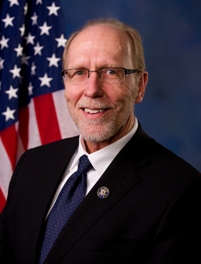 Seven-term Democratic U.S. House member Dave Loebsack announced he would not run for another term from Iowa’s 2nd Congressional District in the 2020 election, opting instead to retire at the age of 68 at the end of the 116th Congress.

Loebsack’s quiet exit into retirement may not be noteworthy but it is unusual when mapped against the departures of his fellow U.S. Representatives over the decades.

Since 1970, Iowa has had 25 different U.S. House members leave the chamber.

Including Loebsack, only five did so without seeking reelection or another elected office:

The other four U.S. Representatives who retired and did not run for another office were:

With Steve King drawing many primary challengers for his 2020 reelection bid, the most seasoned U.S. Representatives serving Iowa at the convening of the 117th Congress may be freshmen Cynthia Axne and Abby Finkenauer (assuming they win reelection or are not coaxed into challenging Joni Ernst).

That would give Iowa its greenest U.S. House delegation since the 19th Century.

Prior to 1970, it was much more common to see U.S. Representatives leave the chamber without running for reelection or another office, with 18 doing so from 1908 (the dawn of the primary era) through 1968.

Loebsack’s 2nd CD is one of three in the state with just a 1-point partisan tilt (+1 Democratic) as measured by Charlie Cook’s Partisan Voting Index.