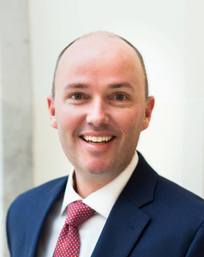 Utah’s next governor may make the history books.

Former governor Jon Huntsman is reportedly still seriously considering a run for the office he held from 2005 to 2009 – a campaign that, if successful, would make him the first governor from Utah to serve nonconsecutive terms. [Only four other states share Utah’s history: Hawaii, Kansas, Nevada, and Wyoming].

The office of lieutenant governor did not exist in the Beehive State until 1975.

Of the 43 states that currently have a stand-alone office of lieutenant governor, Utah is one of just six that has never seen a former or sitting lieutenant governor win a gubernatorial election, along with Alaska, Arkansas, Florida, Maryland, and New Jersey.

Most of these six states have had long stretches in history during which there was no lieutenant governor.

Lieutenant governors first took office in 1975 in Utah and in 2010 in New Jersey.

Alaska has had one former lieutenant governor become governor through succession – Republican Sean Parnell in 2009 after the resignation of Sarah Palin.

Arkansas has similarly had a pair of governors sworn into office via succession during the last quarter-century: Jim Guy Tucker in 1992 and Mike Huckabee in 1996 after the resignations of Bill Clinton and Tucker respectively.

In some instances, the gap between winning elections for the two offices has been quite large.

For example, Mike DeWine won his election for lieutenant governor in 1990 and was not elected governor until 2018 (serving two terms in the U.S. Senate and two terms as state attorney general in the meantime).