The state has sent 22 of its Top 25 most experienced delegations to D.C. over the last 50 years 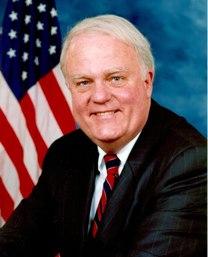 The recent announcements that Sean Duffy was resigning from his U.S. House seat this month and Jim Sensenbrenner was retiring at the end of this term means that Wisconsin will lose more than 50 years of congressional experience when the 117th Congress convenes in January 2021.

Duffy exits in the midst of his fifth term and Sensenbrenner will retire after 21 terms – making him the longest serving member of the U.S. House in Badger State history.

These departures mean that Wisconsin is poised to send its least experienced group of legislators to Washington, D.C. in decades.

For this report, Smart Politics analyzed the tenures of Wisconsin’s 180+ U.S. Representatives to serve across the last 87 Congresses since statehood.

However, even if Duffy’s special election successor and the remaining six representatives are reelected next November, Wisconsin’s delegation in the 117th Congress will arrive with the least amount of service under its belt since the mid-1950s.

Wisconsin’s delegation in the 117th Congress will average no more than 4.8 terms of U.S. House service, presuming no incumbent loses their party’s nomination or the general election.

Rounding out the Top Five are:

The greenest Wisconsin delegation since the turn of the 20th Century was the one sworn in after the Election of 1938.

Due to fewer Wisconsin U.S. Representatives losing renomination bids, fewer losing general election races, and fewer dying in office over the last several decades, 22 of the Top 25 most experienced Wisconsin U.S. House delegations have been elected over the 50-year stretch from 1968 to 2018.

For perspective, during the 58 election cycles from statehood through the 87th Congress (1961-1963), the average tenure of Wisconsin’s delegation was always less than six terms.