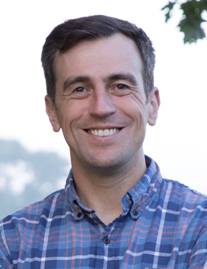 Thus far, Hagedorn and Feehan do not have any primary challengers and both candidates are expected to be nominated by their party next August.

Hagedorn, of course, knows a thing or two about second chances – losing to DFLer Tim Walz during his first two congressional bids: by 8.5 points in 2014 and 0.8 points in 2016.

That extremely competitive contest ended up in the books as the eighth most closely-decided U.S. House election in Minnesota history (excluding at-large races for multiple seats).

If Feehan and Hagedorn are renominated by their parties, Minnesota could host as many as three congressional rematches during the 2020 cycle.

Peterson has held onto his Trump-friendly district with wins of 5.0 and 4.3 points against the relatively unknown (and comparatively not well-funded) Hughes in 2016 and 2018 respectively.

However, Hughes will not have a clear path to the nomination with several GOP challengers already in the race including former state Senator and Lieutenant Governor Michelle Fischbach.

Minnesota has averaged 1.3 U.S. House rematch elections over the last 81 cycles since statehood and has hosted 26 rematches across the last 15 election cycles since 1990 (with 2006 and 2010 the only cycles not featuring such a contest during this span).

Only three of these 26 second (or third) attempts were successful, however:

Overall, there have been 108 rematches by major party candidates across the 597 elections to the chamber in Gopher State history.

Just 16 of these 108 attempts have been successful, or one in seven, including seven of 55 since the DFL merger in 1944.

In addition to the aforementioned races in 1990, 2002, and 2018 the remaining four contests during the DFL era are:

The last time the state has seen as many as three rematches in a single cycle was in 2000 when Republican Gil Gutknecht defeated DFLer Mary Rieder in the 1st CD (after a previous 1996 matchup), DFLer Martin Sabo beat Republican Frank Taylor in the 5th CD (1998), and Luther defeated Kline in the 6th CD (1998).