Over the last dozen election cycles, only one candidate who was the last to enter the race won the Democratic or Republican Party nomination 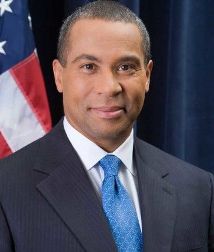 Former Massachusetts Governor Deval Patrick had long been a rumored 2020 presidential candidate, but he waited until November 14, 2019 to launch a campaign – nearly a year after stating he would not run for the White House in December 2018.

Patrick’s delayed entrance into the race will not only make it difficult for him to qualify for the upcoming Democratic debates, but it also puts him on an unusual track to win his party’s nomination.

The last time a presidential candidate ventured into a race this late in the cycle was Pat Buchanan’s first bid for the office during the 1992 cycle.

The populist conservative launched his GOP challenge against President George H.W. Bush on December 10, 1991. Buchanan’s candidacy forced Bush to spend resources during many contested primaries, but he never won any contests.

Only a couple of other candidates since the 1980 cycle have ventured into the race as late as Governor Patrick:

Finch’s candidacy lasted only 101 days and registered more than one percent in just three primaries: Louisiana (3.1 percent), Arkansas (4.3 percent), and New Mexico (2.8 percent) – each taking place after he had dropped out of the race in early April.

Applegate ran a favorite son campaign in Ohio, where he received 1.8 percent of the primary vote while Traficant only appeared on the Ohio (2.2 percent) and West Virginia (0.3 percent) ballots during his 171-day campaign.

It is not a certainty that Patrick will be the last Democrat to enter the race, though history suggests whoever receives that designation will have a difficult road ahead to advance to the general election next November.

All other candidates across these last dozen cycles failed:

Reagan, Jackson, and Brown did achieve some success during those aforementioned cycles – tallying hundreds of convention delegates – but all fell short of winning the nomination.

It could be argued, however, that Patrick’s bid is not to win the presidential nomination, but to raise his national profile so he becomes a serious contender for the eventual nominee’s running-mate.