Eleven Republicans are vying to replace Pat Roberts; in only two other cycles have more than four GOPers appeared on a U.S. Senate primary ballot across 41 cycles 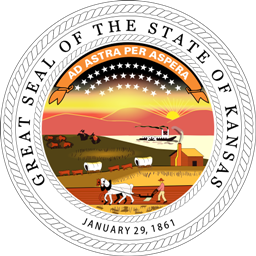 In a state where Democrats have lost the last 31 consecutive U.S. Senate elections, it is no wonder that so many Kansas Republicans were eager to jump into the 2020 race to succeed retiring four-term GOP incumbent Pat Roberts.

That breaks the previous party and state record of nine candidates who ran to replace retiring three-term incumbent James Pearson in 1978.

Nancy Kassebaum emerged from that field with a plurality 30.6 percent of the vote, defeating Wayne Angell by 6.0 points.

Republican voters have only had more than four choices from which to select their U.S. Senate nominee in Kansas just one other time across the 41 cycles since the first such primary in 1912.

On the Democratic side of the ticket, the largest number of candidates to appear on a Kansas U.S. Senate primary ballot is seven, occurring in 1914.

Posted in Kansas and tagged news