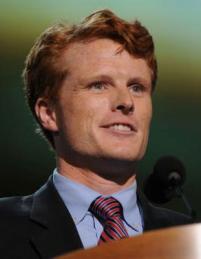 Markey, a reliable liberal vote in the chamber, has seemingly done little to disqualify himself from the support he has come to expect from his constituents, other than being 35 years older than his would-be political vanquisher.

And yet, polling conducted over most of the last 10 months since Kennedy launched his campaign indicated he was in a strong position to knock an incumbent with more than 43 years of experience in congress out of office.

Recent surveys suggest Markey has found his footing as the campaigns head into the last few weeks before Primary Day on September 1st.

Even with his legendary surname and political lineage, a Kennedy victory in two weeks would be a monumental take-down in Massachusetts electoral history.

To date, no Massachusetts U.S. Senator has lost a primary in each of the 32 previous renomination campaigns launched since the first primary for the office in the state in 1916. And all but one was a blow-out.

In the direct election era, U.S. Senators from the state have stepped aside and not sought renomination just eight times out of 41 special and general elections:

Out of the remaining 33 primary contests with incumbents on the ballot there have been a total of 10 challengers.

In 26 of these 33 cycles with a U.S. Senator seeking his or her party’s nomination, the incumbent ran unopposed:

The only instances in which an incumbent faced a primary challenger prior to 2020 were in the following six cycles:

In short, only one primary challenger to a sitting Massachusetts U.S. Senator has been defeated by less than 37 points in state history.

Kennedy, of course, expects to do much better than that.