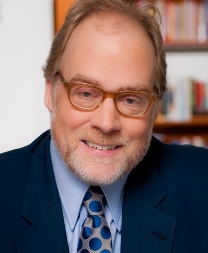 On Tuesday’s Adam Carolla Show podcast, Republican strategist, NBC political analyst, and Never-Trumper Mike Murphy made it clear that although he is aligned with the progressive movement in hopes that President Donald Trump loses his bid for a second term, they agree on little else.

In a long form discussion about the Democratic National Convention and the role progressives will play during a Biden presidency, Murphy said Biden did a good job to ensure the convention “Put the squelch on the lefties and did as much as possible to give them the minimum” in order to appeal to suburban voters, noting the minimal role U.S. Representative Alexandria Ocasio-Cortez played at the convention.

The strategist said the election will be decided by suburbanites who are wondering about the result of a Biden/Democratic win: “Is it going to be AOC crazyland or is it going to be normalcy?”

Murphy expects there to be a progressive push-back if Biden is victorious but suggested he might not be pulled to the left as Trump and the GOP are charging:

“But if Biden’s smart – and he is – if he wins he’ll be thinking ‘Alright, the election’s over I can pull a Nixon-to-China.’ In order words, ‘I have such great anti-Communist credentials, I can be the guy to go to red China and cut a deal to screw the Russians’…and Biden can say, ‘All right, guess what Governor of Washington – enough nice guy, let’s crack down. I’m going to be a law and order Democrat.’ Because where are they gonna go? The election’s over. He doesn’t need the votes. He goes to the center and he’s a little tough about bricks and windows. I think politically that would help him.”

Carolla concurred that the progressive movement is unlikely to be content simply with a Trump loss in November:

“The part that always worried me about the AOC side is, as I always, say, ‘Progressive movement.’ It’s just in the title. It’s never satiated. It’s just moving forward. It’s just going to keep going…It just blasts forward and it goes right past and it passes a lot of Americans who are like, ‘I’m down with the notion of your idea, I like the idea of saving the environment, I like justice for black people, I like not torturing baby cows’ and all that kind of stuff. But they’re never good at pumping the brakes, and I don’t know that AOC has an ounce of pump-the-brakes in her at all. And there’s more and more people, I feel that are with her. Biden will be a nice break from mom and dad fighting in the house, but at some point Aunty AOC’s popping by and she’s going to have some ideas about rearranging the furniture in your house.”

Murphy then took a shot at the congresswoman:

“She’s just like the NRA. If you’re in the movement business, the war is better business than the peace.”

While the left and Murphy have had few kind words to say about each other’s policy preferences, Murphy was one of the first Never Trumpers and has been at the forefront of criticizing his party during the last three-plus years.