The Sunflower State has the third longest drought in the nation since the last time it hosted a U.S. Senate election decided by single digits 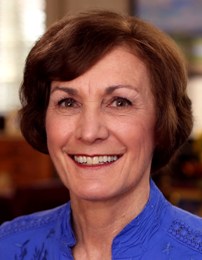 In addition to a half-dozen or so high profile U.S. Senate races that have captured the nation’s attention this cycle are a handful of other contests that were not initially on the public’s radar.

One of those elections is in Kansas, where three-term Republican Pat Roberts’ open seat is on the ballot.

Ever since, public polling has shown a tight race with Bollier shattering state fundraising records for the office last quarter, raising north of $13 million. A New York Times/Siena College poll released Wednesday found Marshall with a 46 to 42 percent advantage.

Kansas has also not hosted a competitive race for the office on Election Day in nearly half a century.

The last time a U.S. Senate race was decided by single digits in the state was in 1974, when first-term Republican Senator Bob Dole narrowly defeated two-term U.S. Representative Bill Roy by 1.7 points during the post-Watergate Democratic wave.

Only three of the subsequent 15 contests were decided by less than 20 points: Nancy Kassebaum’s 11.5-point victory over Roy in 1978, Congressman Sam Brownback’s 10.6-point victory over Jill Docking in 1996’s special election, and Senator Roberts’ 10.6-point win against independent Greg Orman in 2014. [It should be noted Orman was frequently polling within single digits of Roberts in that race down the home stretch, only to come up well short on Election Day].

Kansas has one of the longest droughts without a competitive U.S. Senate race in the nation with only two states enduring a greater wait since its last single-digit contest:

The 2018 cycle saw Texas with its first closely-decided election for the office since 1978 as Senator Ted Cruz edged Congressman Beto O’Rourke by 2.6 points as well as West Virginia with its first tight race since 1984 as Senator Joe Manchin held off state Attorney General Patrick Morrissey by 3.3 points.