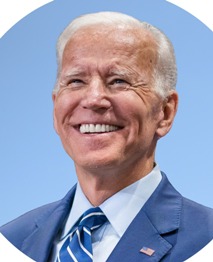 Although Joe Biden was criticized for not being the most inspiring candidate for many Democratic voters – particularly those populating the progressive wing of the party – the former vice president nonetheless left a pretty sizable footprint at the ballot box in several states.

With election results now certified in all states, Biden ended up recording the best showing among any Democratic challenger or nominee in an open seat contest in party history in four states.

Along with Barack Obama in 2008 (61.0 percent), each of the last three non-incumbent Democratic nominees have set new records for the party in the increasingly blue Golden State.

In Massachusetts, Biden won 65.6 percent of the vote which bests a record of 63.1 percent held by Hubert Humphrey since 1968.

Biden’s performance in the Bay State is the second best by any Democratic nominee in party history – incumbent or otherwise – behind only President Lyndon Johnson’s 76.2 percent in 1964.

Finally, Biden carried  Washington with 58.0 percent of the vote – slightly better than Obama’s 57.7 percent in 2008.

It should also be noted that Donald Trump set a new record on the Republican side in one state during the 2020 cycle.

In West Virginia, Trump received 68.6 percent of the vote – besting his own mark of 68.5 percent set in 2016. Prior to that, Abraham Lincoln held the West Virginia GOP record for 152 years with the 68.2 percent he won in the state’s first presidential election in 1864.