In the annals of odd electoral facts, Democrats have never won a U.S. Senate seat in Ohio when an incumbent didn’t run for reelection 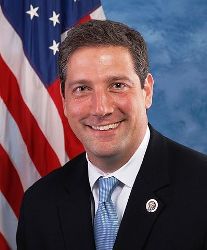 Ohio Republican Rob Portman would be retiring from the U.S. Senate in 2022 gives Democrats an opening to pick up a seat in the purplish state.

Moderate Democratic U.S. Representative Tim Ryan is preparing to jump into this high profile race and is looking to put an end to an electoral oddity in the Buckeye State: each time a U.S. Senator from Ohio has not sought another term in the direct election era, Republicans have won the seat.

Overall, Democrats have won 18 of the 40 general and special U.S. Senate elections in Ohio since 1914, but none of the eight contests in which an incumbent did not seek an additional term:

In three additional cycles, incumbents ran for reelection but were defeated in the primary. Democrats also lost two of those races (1928’s special to former U.S. Senator and sitting U.S. Representative Theodore Burton and in 1968 to Attorney General William Saxbe) but did win one (behind John Glenn in 1974).

While Congressman Ryan may on paper be the strongest general election candidate for his party, he may yet need to navigate his way around progressive challengers on the path to the Democratic nomination next year.