To date, none of the state’s 31 Attorneys General have resigned in scandal 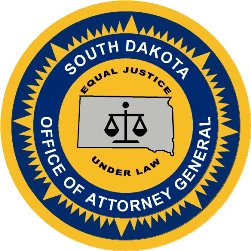 Calls for South Dakota Attorney General Jason Ravnsborg to resign have intensified in recent days following the completion of an investigation which resulted in the Republican being charged with three misdemeanors in connection to a mid-September 2020 incident in which he struck and killed a pedestrian with his vehicle.

Ravnsborg’s office thus far has stated this legal fallout does not impact the attorney general’s ability to perform his job and therefore he will not resign.

Fellow Republican state Representative Will Mortenson has already filed articles of impeachment due to Ravnsborg not exiting his post, and Governor Kristi Noem has issued a statement calling for the state’s top law enforcement official to resign.

Of the 31 individuals who have served as South Dakota Attorney General since statehood, only two have not served the entirety of their term.

Republican John Pyle was in the last year of his second term when he died in office from typhoid at the age of 41 on February 21, 1902.

Pyle, the state’s fourth Attorney General, fought the illness for nearly two months, and his death left a vacancy of almost four weeks.

More than a century passed with each of the subsequent 24 individuals to hold the office serving out the their terms.

In 2009, however, the state’s 29th Attorney General – Larry Long – resigned on September 4th after being appointed judge to the Second Judicial Circuit Court by Republican Governor Mike Rounds.

Ravnsborg was first elected to the office in 2018 and if he resigns or is forced to leave office in 2021 he would become the seventh South Dakota Attorney General to serve less than three years in the position (and the only one who was elected to a four-year term):

Even if Ravnsborg manages to serve out his term he will certainly not receive the GOP nomination in 2022.

The last South Dakota Attorney General who did not seek a second term was Republican Roger Tellinghuisen in 1990.