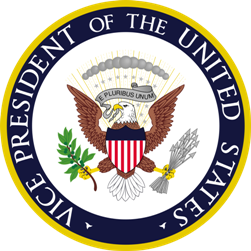 In less than two years it is likely that at least half of those Republicans seeking to enter the 2024 presidential race will have already officially launched their campaigns.

Whether or not former President Donald Trump decides to seek a return to the White House will certainly have a large effect on the size (and perhaps the ideological bent) of the field.

Throughout the last four years, there has been sporadic speculation that former Vice President Mike Pence was positioning himself for a 2024 run should Trump lose reelection.

Vice presidents do not have a great track record overall when running for president, although most do share a commonality: the vast majority ran during the first cycle in which their party’s president was not a candidate.

That suggests if Pence is ever going to launch a presidential campaign, it is likely going to be in 2024.

Since the beginning of the modern two-party era in 1828, all but five of the 19 presidential campaigns by sitting or former vice-presidents took place during the first cycle after their president’s final term or reelection campaign:

Just a handful of candidacies were launched outside of this window:

Finally, there is the case of Democrat John Nance Garner in 1940. The sitting vice president challenged FDR for his party’s nomination, but did not win any primaries and claimed just 61 votes at the Democratic convention.

But will we ultimately see a Pence ’24 campaign? While few would question Pence’s conservative bonafides in running for the GOP nomination, there is good reason to be skeptical that he has the personality to drive primary voters to his camp.