Vicky Hartzler is the first of possibly multiple Show-Me State U.S. House members to launch a bid for the upper chamber in 2022 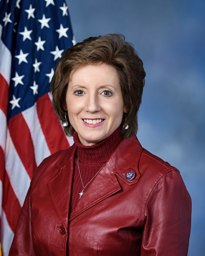 Roy Blunt’s announcement three months ago that he would not seek a third term in the U.S. Senate has already resulted in several big names in Missouri politics lining up to vie for his open seat.

Hartzler is one of several members of Missouri’s Republican U.S. House delegation who are purported to be considering a run for Blunt’s seat including six-term Rep. Billy Long and five-term Reps. Jason Smith and Ann Wagner.

Blunt himself was a seven-term U.S. Representative when he won Kit Bond’s open U.S. Senate seat in 2010 – but is only the second sitting U.S. House member to do so from Missouri during the direct election era.

Prior to Blunt, only three-term Democrat Harry Hawes was promoted without interruption between the two chambers.

Hawes represented the 11th CD from 1921 until simultaneously winning special and general elections in 1926 to the state’s Class III seat by less than five points against appointed incumbent George Williams.

Three other former U.S. Representatives have won U.S. Senate seats in Missouri since 1914:

Against this backdrop of successful campaigns are three times as many bids that came up short.

An additional nine former U.S. Representatives ran for the U.S. Senate and lost over the last 110 years:

The 2022 GOP field still has to more than double to match the number of U.S. Senate hopefuls who ran in 2018 when a party-record 11 candidates graced the primary ballot in a contest easily won by Josh Hawley.