Only two major party nominees in Nevada history have lost both gubernatorial and U.S. Senate elections 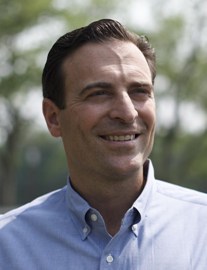 Laxalt came within 4.1 points of holding the state’s open gubernatorial seat in 2018 during a Democratic mid-term wave and is now heavily favored to win the GOP nomination again four years later.

However, Senator Cortez Masto will likely be favored in the general election; if Laxalt loses, he will become just the third Nevada Democrat or Republican to become a failed nominee for both governor and U.S. Senator.

The last major party nominee to lose general elections for each of these offices was Republican Ed Fike more than a half century ago.

Fike, a former Clark County Assemblyman and sitting Lieutenant Governor, ran for the U.S. Senate in 1968 to take on three-term Democrat Alan Bible.

Two years later, at the end of his term as Lieutenant Governor, Fike easily won the GOP nomination for Governor against political novice Margie Dyer, a homemaker from Sparks who was the first woman to appear on a Nevada gubernatorial ballot.

The only other Nevada Democrat or Republican to lose general elections for both prominent offices comes with an asterisk – as he also won elections to them both.

Republican Tasker Oddie was elected governor in 1910 but lost his reelection bid in 1914 to state Tax Commissioner and former state engineer Emmet Boyle. Oddie was nominated by the GOP for the office for a third straight cycle in 1918 but lost his rematch against Boyle.

Oddie was back on the ballot in 1920, this time winning his first of two elections to the U.S. Senate. He was defeated in his bid for a third term to the chamber during the 1932 Democratic tsunami by state Board of Bar Examiners Chairman (and former state Supreme Court Justice) Pat McCarran. Oddie also lost the subsequent rematch against McCarran in 1938.

Nearly a dozen other Nevadans have lost bids for U.S. Senate and governor – but were not nominated by Democrats or Republicans for at least one of these offices:

Laxalt faces only nominal opposition in the GOP race to this point with Reno businessman and U.S. Army veteran Sam Brown and modeling talent agency owner Sharelle Mendenhall the only other Republicans in the race.