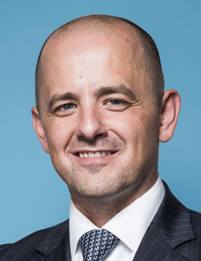 While McMullin did garner 21 percent of the vote in his home state during the 2016 presidential race and Senator Lee has generally received underwhelming approval rating scores from his constituents over the last year, at first blush it seems like it will be a tall order for the former CIA officer to have a meaningful impact on the race.

Across the 36 U.S. Senate elections in the state conducted since 1914, there have been 50 independent or third party candidacies for the office.

Of these 50 candidates, just one reached double digits and only two others won more than five percent of the vote.

The high water mark for non-major party U.S. Senate campaigns in Utah was set by Brack Lee in 1958.

Lee – a former two-term Republican governor (1949-1957) – had lost the GOP nomination in his bid for a third term in 1956 to engineer George Clyde. Lee subsequently ran as an independent in the general election and garnered 28.4 percent of the vote.

The only other two U.S. Senate hopefuls from Utah to win five percent of the vote were American Party nominee and kitchen appliance factory maintenance man Bruce Bangerter in 1974 with 5.9 percent and Constitution Party nominee and former AT&T executive Scott Bradley in 2010 with 5.7 percent.

The average support for third party and independent candidates in the state since 1914 has been 2.1 percent. More than half of these 50 candidates – 26 – failed to win one percent of the general election vote.

It should also be noted that it has been quite some time since a non-major party U.S. Senate candidate in Utah arguably tipped an election.

In only four of 36 elections has the margin of victory in a Utah U.S. Senate race been eclipsed by the cumulative vote for non-major party candidates – with the last such election taking place nearly a half-century ago:

Still, of those four contests, only the outcomes of the 1914 and 1958 elections were likely impacted by the presence of non-major party candidates on the ballot.

One wonders if the 2022 Utah election could eventually take the path of Kansas’ 2014 race in which the Democratic nominee – Shawnee County District Attorney Chad Taylor – withdrew from the race to consolidate support behind independent Greg Orman against GOP incumbent Pat Roberts.

There are currently no high-profile, establishment Utah Democrats (former or current officeholders or party leaders) running for their party’s nomination.