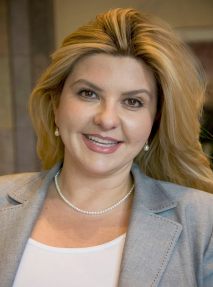 The crowded field to win the 2022 Republican gubernatorial nomination in Nevada just added another well-known name in state politics.

Eight Republicans are now in the race – a high water mark reached twice before by the party on the primary ballot during the 1990 and 2018 cycles (with nominations won by businessman Jim Gallaway and Attorney General Adam Laxalt respectively).

The Las Vegas lawmaker undoubedtly has the ideological credentials to run to the right of Heller and most of her fellow Republican gubernatorial hopefuls.

Fiore – who twice lost her party’s nomination for congress bookending her two terms in the Assembly – is the only woman currently vying for the GOP nod.

Since the first woman appeared on a Nevada gubernatorial primary ballot in 1970, women have won four of the 26 major party nominations for the office:

Prior to 2022, women have sought the Democratic or Republican gubernatorial nomination in Nevada 20 times – 10 each for the Republicans and Democrats.

In addition to the four primary victories listed above, women candidates placed second in the race for their party’s nomination six other times.

Sparks homemaker Margie Dyer was the first woman to run for governor in the state, winning 11.8 percent in a two-way race against Republican Lieutenant Governor Ed Fike in 1970.

Other runner-up candidates were:

The remaining women candidates for governor include:

No woman has appeared on a Nevada general election ballot for governor as an independent or third party nominee of the 37 candidates to do so since statehood.