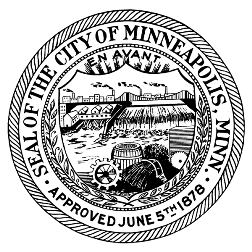 Over the last two decades, several municipalities across the country (and a few states) have adopted Ranked Choice Voting (RCV) – a system that will be utilized on Tuesday in a handful of metro cities in Minnesota.

One of the stated selling points of Ranked Choice Voting in Minnesota is that it is a corrective measure for the purported deleterious effects of plurality-winning elected officials on our Democracy.

To this day, FairVote Minnesota – the leading advocate of Ranked Choice Voting in the state – still maintains on its website home page that the root cause of divisiveness and polarization in Minnesota and the country is an “antiquated plurality voting method.”

FairVote believes that a system that permits plurality winners:

The RCV system will be implemented in two other Twin Cities suburbs this year – narrowly passing in 2020 in Bloomington (with 51.2 percent) and more comfortably in Minnetonka (with 54.7 percent).

Dozens of RCV elections in Minnesota have already been conducted heading into Tuesday’s contests. But has RCV eliminated plurality winners?

Smart Politics examined the results of the two-dozen single-seat elections in Minneapolis, St. Paul, and St. Louis Park in which no candidate received a majority of the vote after calculating first choice preferences. However, despite triggering the ranked choice voting process, half of these 24 contests still resulted in a plurality winner.

Plurality winners can result in RCV contests due in part to ‘exhausted’ ballots – those cast by voters who choose (or are not aware of their ability) to rank the full number of candidates for which they are allowed (up to six choices in Bloomington and St. Paul and up to three choices in Minneapolis, Minnetonka, and St. Louis Park).

In 57 of these elections (70.4 percent), the RCV tabulation process never came into play because one candidate had enough first-place votes to meet the threshold for an outright majority.

In the remaining 24 contests, a full dozen victors still emerged as a plurality winner – in nine of 19 RCV-triggered elections in Minneapolis and in three of four in St. Paul.

Both RCV mayoral contests were won with a plurality:

Plus eight of 17 city council elections:

And two of five (non at-large) elections to the Park and Recreation Board:

It should also be noted that of the 30 percent of elections that triggered RCV, nearly all were won by the candidate who had the most first-place votes in the first instance.

Of the 24 RCV races, just two saw a candidate with the most first-place votes ultimately lose during the RCV process:

In other words, in just two of the 81 municipal elections (2.5 percent) held for single-seat offices across these three municipalities did RCV alter the outcome of who would have been victorious had RCV never been adopted. [Provided, of course, the same candidates would have run for office and voters select their highest preference as their first choice in the RCV system].