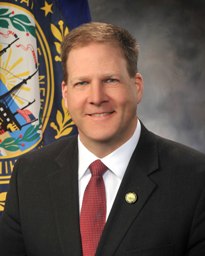 New Hampshire Governor Chris Sununu’s decision this week not to run for the U.S. Senate has made it more difficult for the GOP to flip Maggie Hassan’s seat in 2022, but it has also virtually solidified the party’s hold on the governorship come 2023.

Sununu – one of several popular northeastern Republican governors – nearly doubled up on his 2020 opponent, state Senator Dan Feltes, with 65.1 percent of the vote en route to a third term a year ago even with Joe Biden carrying the state by more than seven points.

If reelected, Sununu would become the first Republican in state history to win four gubernatorial elections and also the longest-serving member of his party to hold the office.

Only one Democrat has won four gubernatorial elections in New Hampshire history: furniture manufacturer executive and University System Board of Trustees Chair John Lynch was elected in 2004, 2006, 2008, and 2010.

Lynch recently dealt a blow to his party by stating he would not seek the governorship in 2022.

If Governor Sununu is reelected and serves out the entirety of his fourth term, he would tie Lynch for most elections won to two-year terms in the state. [New Hampshire switched its gubernatorial terms from one to two years in 1878].

In any case, Sununu is a long ways from becoming New Hampshire’s all-time longest-serving statehood governor.

Democrats seemed gun-shy to jump into the race while Sununu’s 2022 intentions remained unclear. Will launching a campaign for the Democratic nomination seem even less tempting now that Sununu is running for a fourth term?