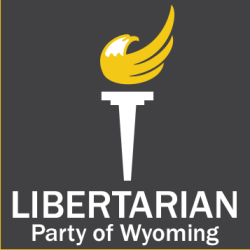 The Wyoming State GOP Central Committee’s 31-29 vote last week to no longer recognize Liz Cheney as a Republican has thus far apparently not dissuaded the three-term U.S. Representative to run for her party’s nomination next year.

If Cheney, who has already drawn several primary challengers but also notched hefty fundraising totals, runs for and loses the GOP primary next August, she cannot then file a nomination by petition to run as an independent due to the state’s nearly five-decade old ‘sore loser’ law.

However, Cheney could theoretically run as a nominee for a third party at that time or even launch a write-in campaign.

Should the congresswoman ultimately appear on the ballot as an independent or a third party nominee, there is little doubt she would achieve record-level support on Election Day.

Through the 2020 cycle, there have been 57 independent or third-party candidacies across the 67 at-large elections to Wyoming’s U.S. House seat since statehood.

Just three of these candidates earned double-digit support from the electorate.

In 1912, behind Teddy Roosevelt at the top of the ticket, Progressive Encampment attorney Charles Winter received 11.7 percent (slightly more than half of Roosevelt’s 21.8 percent in the state) – placing third in a five-candidate field as Congressman Mondell won his ninth nonconsecutive term.

In 1920, Farmer-Labor nominee and Secretary-Treasurer of the United Mine Workers of America James Morgan of Cheyenne won 10.7 percent as Rep. Mondell won his 13th and final term. [Morgan had previously appeared on the ballot as the Socialist nominee in 1908 and 1910].

No other non-major party candidate subsequently reached 10 percent in a Wyoming U.S. House election over the next 100 years through the 2020 cycle.

In fact, only one other third party candidate over the last century would even eclipse the five percent mark: Libertarian computer consultant Dave Dawson during his first of two bids for the office in 1994.

Overall, the 57 non-major party candidates for the U.S. House from Wyoming have averaged 3.1 percent of the vote.

Libertarians have fielded nominees 18 times with Socialists landing 13 nominees on the ballot and five each for the Constitution and Prohibition parties.

During the first 50 years of statehood (1890-1940) there were 29 third party and independent candidacies for the office in the state.