No sitting or former lieutenant governor has won a U.S. Senate election in Wisconsin history 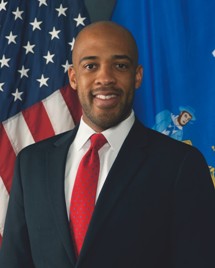 After a year of uncertainty, Republican U.S. Senator Ron Johnson formally announced today that he would seek a third term in D.C.

Although no non-partisan, non-campaign affiliated polling has been conducted of Wisconsin’s 2022 U.S. Senate race, first-term Lieutenant Governor Mandela Barnes was immediately cast as the front-runner for the Democratic nomination after the launch of his campaign in July.

The crowded Democratic field already includes one candidate – Sarah Godlewski – who is seeking to make history as the first sitting or former Wisconsin Treasurer to serve in the U.S. Senate.

Barnes is also looking to record an electoral first in the state by becoming the only sitting or former Wisconsin lieutenant governor to serve in the nation’s upper legislative chamber.

Prior to 2022, only five former or sitting lieutenant governors have appeared on a primary or general election ballot in Wisconsin. Barnes is the state’s first Democratic LG to launch such a campaign.

The first primary election for the office in 1914 actually saw two lieutenant governors run for their party’s nomination for U.S. Senator.

Morris’ predecessor, Republican John Strange (1909-1911), also sought the GOP nomination that cycle, but placed fourth with 10.4 percent of the vote in the six-candidate field.

The next lieutenant governor from Wisconsin to run for the U.S. Senate was Progressive Herman Ekern (1938-1939) in 1938.

Ekern, a former Republican Attorney General (1923-1927) and Assembly Speaker, had received a controversial appointment to the office in May of 1938 by Progressive Governor Philip La Follette to fill the vacancy of Henry Gunderson more than a half-year after he resigned to serve on the Wisconsin Tax Commission.

Ekern’s appointment was legally upheld, and he went on to narrowly win the Progressive nomination for U.S. Senator that September by 6.0 points over Republican-turned-Progressive U.S. Representative Thomas Amlie.

Nearly 20 years later, Lieutenant Governor Warren Knowles (1955-1959, 1961-1963) was one of seven Republicans seeking their party’s nomination in a July 1957 special primary following the death of Senator Joseph McCarthy in early May.

The most recent Wisconsin lieutenant governor to launch a primary campaign for the U.S. Senate was Russell Olson (1979-1983) in 1980.

Olson, a farmer and former long-serving state Assemblyman from southeastern Wisconsin, was on the job less than a year and a half when he announced his U.S. Senate candidacy on June 26, 1980.

It should also be noted that four years before he was elected lieutenant governor in 1986, Scott McCallum was the GOP nominee for U.S. Senate in 1982, losing the general election to William Proxmire.

The Wisconsin primary is August 9th.