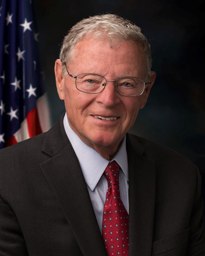 Oklahoma Republican U.S. Senator Jim Inhofe announced this week he was cutting his sixth term short and resigning at the end of the 117th Congress this January.

Twelve of the state’s 18 senators have served more than one term with the average tenure of just under 13 years.

Inhofe is also by far the oldest Oklahoma U.S. Senator in history at 87 years, 3 months, and 10 days through Sunday. He would reach 88 years, 1 month, and 17 days of age on his intended last day on the job.

Senator Inhofe is currently one of six U.S. Senators who has recorded the longest tenure in the chamber from his or her state.