The 2022 race was just the second time in state history a South Dakota U.S. Senator faced more than one candidate in the primary 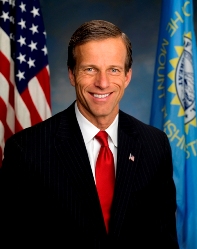 Thune won by north of 50 percentage points over his closest competitor Bruce Whalen with approximately 72 percent of the GOP vote. Mark Mowry failed to reach double-digit support in third.

But while the outcome of the race may not be notable, the fact that two Republicans sought to challenge Thune in the first instance is.

Of the 27 times Republican and Democratic South Dakota U.S. Senators have run for another term, only twice has an incumbent faced more than one challenger, including Thune in 2022.

Norbeck won 74.3 percent of the vote and defeated Brownell by 52.7 points – very similar to Thune’s performance on Tuesday.

South Dakota incumbents have faced no primary opposition in 17 cycles and just one opponent in eight cycles.

Democratic U.S. Senators have drawn a primary opponent just once – in 1980 when George McGovern was challenged by former college math professor Larry Schumaker.

No incumbent has lost in the primary, with Republican Jim Abdnor having the closest call when he defeated Governor Bill Janklow by 9.0 points in 1986.