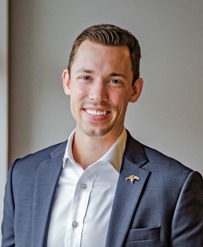 For the sixth consecutive election cycle, some Minnesota voters will experience déjà vu at the ballot box in races for the U.S. House of Representatives.

Voters in two congressional districts will get to choose between major party nominees squaring off for a second time.

Next door in the 2nd CD, two-term incumbent Angie Craig is being challenged once again by Republican Tyler Kistner (pictured) two years after he fell 2.3 points short of unseating the congresswoman.

Minnesota has averaged 1.4 U.S. House rematch elections over the last 80+ cycles since statehood and has hosted 29 rematches across the last 17 election cycles since 1990 (with 2006 and 2010 the only cycles not featuring such a contest during this stretch).

However, only three of these attempts since 1990 were successful:

Overall, there have been 111 rematches by major party candidates across the 606 general elections to the chamber in Gopher State history (excluding the 1932 cycle in which all nine members of the chamber were elected in a single at-large election).

Heading into the 2022 cycle, just 16 of the previous 109 attempts were successful, or approximately one in seven, including just seven of 56 challengers since the DFL merger in 1944 (12.5 percent).

While those are not rosy odds for the two challengers getting a second chance in 2022, the well-funded Kistner is considered to be in the tightest U.S. House race in the state in what is sure to be another low single-digit decision.

In addition to the aforementioned three rematch winners since 1990, the remaining four during the DFL era are: