How often has a 60+ percent gubernatorial vote for one party flipped to 60+ percent for the other in the next cycle? 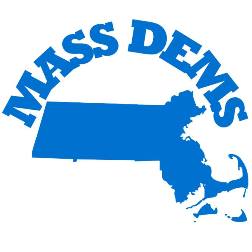 Charlie Baker is one of the most popular governors in the country, but the Massachusetts Republican chose not to run for a third term this cycle. This expectedly resulted in Democrats easily flipping the Bay State seat behind nominee and state Attorney General Maura Healey.

In doing so, Massachusetts saw 66.6 percent of its voters turn from backing a GOP nominee for governor in 2018 to 63.7 percent pulling the lever for the Democrat in the next cycle.

That marks just the third time since 1900 in which a 60+ percent majority has turned from the Republican Party to the Democrats in back-to-back gubernatorial cycles.

Since 1900, there have been more than 550 Republican, Democratic, or third-party governors elected with at least 60 percent of the vote.

Just nine of these elections were followed up by another party capturing 60+ percent in the state’s next gubernatorial election.

Three of these contests – including Massachusetts in 2018/2022 – saw the electorate back a Republican and then a Democrat with such a massive majority:

The remaining six examples since the turn of the 20th Century saw states with 60+ percent of voters backing a Democratic nominee change to 60+ percent for the Republican nominee during the subsequent gubernatorial election, including three cases during the 2010 cycle:

Democrats have failed to win gubernatorial elections in Oklahoma, Tennessee, and Wyoming since their nominee’s impressive performances in 2006.

Massachusetts has held 58 gubernatorial elections since 1900 and the winner has reached the 60 percent mark now in just seven of them.