Jeffries and Donalds set new records for their states 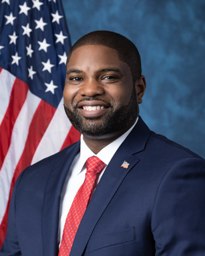 As the political drama continues to unfold in Washington, D.C. in voting for the Speaker of the U.S. House for the 118th Congress, some interesting milestones have been recorded through the fifth round of balloting.

Thus far, two individuals have received a record number of Speaker votes for their respective states.

On Tuesday, the unanimous Democratic caucus support of 212 votes for Representative Hakeem Jeffries is the largest raw number of roll call votes won by a resident of the state of New York.

Jeffries eclipsed the 207 votes won by Republican Bertrand Snell in 1931 as Texas Democrat John Nance Garner was elected to the post.

Jeffries had previously received one vote for the 117th Congress speakership. Former GOP U.S. Representative Lee Zeldin received one vote in the 1st round of balloting on Tuesday, making him the 45th New Yorker to receive a vote for Speaker in the chamber’s history.

Donalds won 20 votes on the 4th and 5th ballots which also broke his state’s record.

Donalds is the eighth Floridian to receive votes for the position in state history.

It should also be noted that the single vote for Republican Jim Banks on Tuesday’s 1st ballot was the first vote for an Indiana resident in more than half a century. In 1963, Republican Charles Halleck won 175 votes as Massachusetts Democrat John McCormack was reelected Speaker.

Likewise, the 10 votes cast for 1st ballot nominee Andy Biggs was the most for an Arizonan since 1979 when GOPer John Rhodes recorded 152 votes placing second to Massachusetts Democrat Tip O’Neill.

Nine states have yet to see one of their own receive a single vote for House Speaker over the decades: Alaska, Hawaii, Montana, New Mexico, North Dakota, South Dakota, Utah, West Virginia, and Wyoming.