Minnesota has elected at least one candidate with military service to the U.S. House since 1910 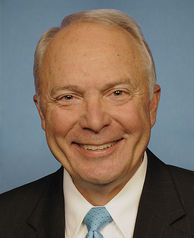 As the nation acknowledges and honors the service of its veterans on Monday while still engaged in conflicts overseas, the frequently documented general decline of the number of members of Congress who served in the military in recent years becomes more and more striking.

Minnesota’s U.S. House delegation to the 113th Congress, however, continues to be well represented by those with a record of military service.

Despite the defeat of Republican freshman Chip Cravaack – a U.S. Naval Reservist – in the state’s 8th CD in 2012, Minnesota still maintains a significant contingent of veterans in its U.S. House delegation.

The election of Peterson, Kline, and Walz in 2012 continues a Gopher State tradition that has now lasted over a century.

A Smart Politics review finds that the Gopher State has been represented by at least one veteran in the nation’s lower legislative chamber for the last 102 years and 52 Congresses dating back to the 62nd Congress in 1911.

During the Election of 1910, Republican Sydney Anderson was elected to the state’s 1st Congressional District, ending a three-cycle drought without any veterans in Minnesota’s U.S. House delegation.

Anderson served as a private in Company D of the Fourteenth Regiment in Minnesota’s Volunteer Infantry during the Spanish-American War.

During the Elections of 1896 through 1908, only one of the 57 U.S. House seats on the ballot was won by a veteran: former governor and Republican-turned- Democrat John Lind – elected to the state’s 5th CD in 1906 – also served in the Minnesota Volunteer Infantry during the Spanish-American War.

The only other period in which no U.S. Representatives with military service were elected to the House from Minnesota took place from statehood in 1858 through the Election of 1866 (12 seats collectively).

Since the 20th Century, the cycle with the largest percentage of veterans elected to the U.S. House from Minnesota occurred in 1946 when veterans won seven of the state’s nine seats (77.8 percent): Democrat John Blatnik and Republicans Herman Anderson, August Andresen, Edward Devitt, Walter Judd, George MacKinnon, and Joseph O’Hara.

Minnesota has sent former military personnel to Congress with experience dating all the way back to the U.S.-Mexican War.

Democrat Edmund Rice – elected to the state’s 4th CD in 1886 – served in the Mexican War in 1847 in the First Regiment of the Michigan Volunteers.

Another 13 U.S. Representatives from Minnesota previously served in the Civil War including:

In between wars, one future member of Minnesota’s U.S. House delegation saw military service – Republican William Nolan was a member of the Minnesota National Guard from 1891-1896.

At the close of the century, another six future U.S. House members from the Gopher State served in the Spanish-American War – all from the Minnesota Volunteer Infantry: Republicans Carl Van Dyke, Franklin Ellsworth, Sydney Anderson, Conrad Selvig, Ernest Lundeen, and Democrat John Lind.

(Note: Lind previously served in Congress as a Republican prior to his military service; Lundeen later served as a Farmer-Laborite).

About twenty years later, several soon to be U.S. Representatives from Minnesota served their country in the First World War:

GOPer H. Carl Andersen was a graduate of the Naval Academy during this period and served briefly in the U.S. Navy until his ears were injured by a gun blast while aboard the battleship “Wyoming” in 1917, ending his service.

Republican August Andresen was a member of the Minnesota Home Guard from 1918-1919.

Over the last 50 to 60 years, eight future Minnesota U.S. House members had military service on their resumes including Republican Bill Frenzel in the Korean War with the Naval Reserve and Republicans Arlen Erdahl in the U.S. Army (1954-1956) and Tom Hagedorn in the U.S. Navy (1961).

Overall, nearly 40 percent of Minnesota’s Republican U.S. House members have had some form of military service (33 of 83 members, 39.8 percent), compared to 31.6 percent of Democrats and DFLers (12 of 38 representatives).

Only 18.2 percent of the state’s Farmer-Laborite U.S. Representatives had military experience (2 of 11).

Veterans Elected to the U.S. House from Minnesota by Cycle

Table compiled by Smart Politics with data compiled from the Biographical Directory of the United States Congress.