It has been more than 10 years since a veteran was elected to serve in the U.S. House from the Badger State – the longest period in state history 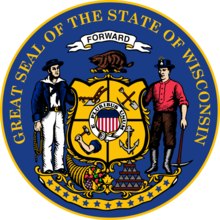 A recent Smart Politics report demonstrated that while the national rate of veterans elected to the U.S. House has declined substantially in recent years, Minnesota is currently electing veterans at a rate about twice the national average of 20 percent.

Neighboring Wisconsin, however, is trending far south of the national average.

Wisconsinites have not elected a veteran to the U.S. House since 2002 – a period of 11 years and five election cycles that marks the longest such drought in the history of the state.

It is also a significant departure from the military record of U.S. Representatives sent to the chamber from Wisconsin during recent decades.

From 1952 through the election of 1992, at least 30 percent of the members elected to the U.S. House from Wisconsin were veterans, with an all-time statewide peak of 77.8 percent (seven of nine seats) after the Election of 1976 when Democrats Les Apsin, Alvin Baldus, Robert Kastenmeier, Henry Reuss, and Clement Zablocki won seats in the chamber alongside Republicans Robert Kasten and William Steiger. 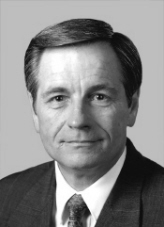 The last veteran elected to the chamber from the Badger State was Democrat Gerald Kleczka when he won his 11th and final term in 2002.

Kleczka served in the Wisconsin Air National Guard from 1963 to 1969.

None of the subsequent 40 seats on the ballot in Wisconsin since the Election of 2004 have been won by veterans.

Prior to this 10-year period, Wisconsin had been represented by at least one veteran in the nation’s lower legislative chamber for 40,236 consecutive days – or 110, years, 1 month, and 29 days – dating back to November 5, 1894.

On that date, Republican Michael Griffin, a Civil War veteran, won a special election at the tail end of the 53rd Congress.

For the next 55 Congresses and 111+ years through January 3, 2005, Wisconsin was represented by at least one veteran in its U.S. House delegation.

Overall, 44 of the 180 individuals elected to the U.S. House from Wisconsin since statehood were veterans, or 24 percent.

By comparison, veterans have accounted for 48 of the 134 U.S. Representatives to serve from neighboring Minnesota, or 36 percent, including at least 38 percent since the 2002 cycle.

Cobb was also a colonel in the Wisconsin Infantry during the Civil War.

One other Civil War veteran, Republican Samuel Burchard (1875-1877), served in the Missouri Militia.

One additional Wisconsin U.S. Representative, Democrat Charles Larrabee (1859-1861), served in the Union Army after his term ended in D.C. in 1861.

A few veterans were elected to the U.S. House from Wisconsin who had military service between the Civil War and World War I: Republican John Esch (1899-1921) served for two years in the 1890s as a commissioned acting judge advocate general with the rank of colonel while Democrat James Frear (1913-1935) served in the U.S. Army’s Signal Service from 1879 to 1884 and then 11 years with the Wisconsin National Guard.

Six future U.S. Representatives served in the armed forces during and around World War I:

From the late 1940s until the late 1980s, Wisconsinites also elected eight veterans who served during World War II:

Laird would be awarded the Purple Heart and later serve as Secretary of Defense under President Richard Nixon.

Schadeberg, a chaplain, also served in the U.S. Navy during the Korean conflict from 1952 to 1953 and thereafter in the U.S. Naval Reserve until 1969.

From 1951 to 1953, Representative Baldus served in the U.S. Army during the Korean conflict and received the bronze star.

Seven other Wisconsin U.S. Representatives served in the armed forces during the 1950s and 1960s:

Aspin would later serve as Secretary of Defense under President Bill Clinton.

Veterans Elected to the U.S. House from Wisconsin by Cycle

* Denotes winner of a special election held during that cycle. ** Election held in May 1848. Note: Clement Zablocki was elected in 1948 but did not join Air Force reserves until 1956. Table compiled by Smart Politics with data compiled from the Biographical Directory of the United States Congress.