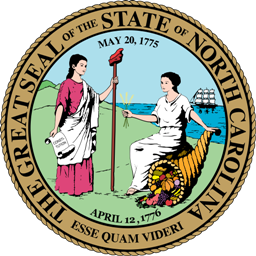 As the contest shatters national records for the most money ever spent in a U.S. Senate race – at north of a quarter billion dollars – it is worth revisiting one of the reasons why political parties, campaign committees, and outside groups are so interested in the Tar Heel State: it has consistently served up competitive races for the office for decades like no other.

Since 1990, North Carolina leads the nation with both the largest number of U.S. Senate elections decided by single digits (nine, out of 10 contests) as well as the narrowest average victory margin (6.1 points).

Taking a longer view, 14 of the last 15 elections for U.S. Senate in North Carolina have been decided by single digits since 1978. Republicans have won 11 of these with just four for the Democrats.

The Cunningham vs. Tillis contest is sure to add to this impressive tally of close races next week.

The only ‘non-competitive’ race during the last 40+ years was Senator Richard Burr’s 11.8-point win over Secretary of State Elaine Marshall in 2010 (a race closer than the average victory margin in 43 states).

North Carolina’s 2020 presidential race also boasts ‘toss up’ status and is expected to be decided by just a few percentage points.

Even though the GOP has won six of seven presidential races in the state, North Carolina is one of just five states that ranks in the Top 10 for the most competitive elections in both presidential and U.S. Senate elections over the last three decades.

Colorado, Nevada, North Carolina, Pennsylvania, and Wisconsin are the only states on the Top 10 lists for both federal offices. 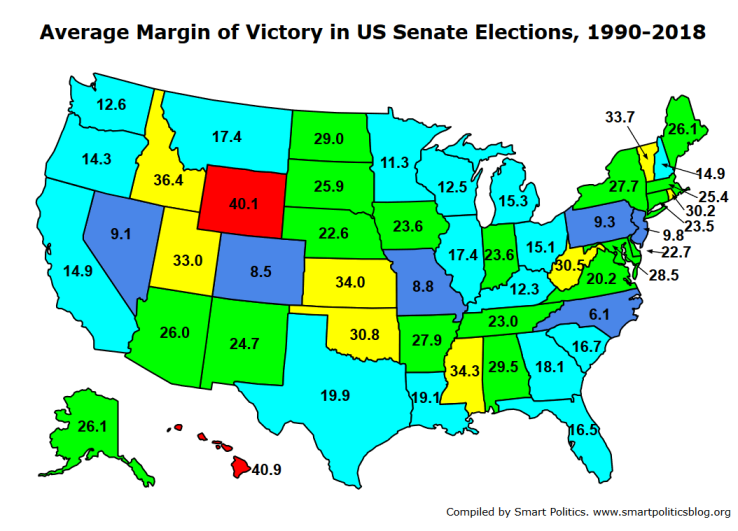 Meanwhile, seven states have not had any: Delaware, Idaho, Kansas, Maryland, Oklahoma, Utah, and Wyoming.

Kansas is poised to get off that list next week.