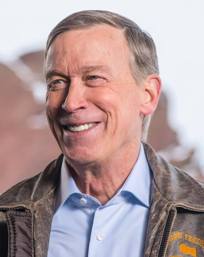 Following up on a recent Smart Politics report that found a historic low in split-party U.S. Senate delegations, this report folds in the office of governor to highlight how an increasing number of states also control all three of these key seats.

There were no surprises in the 2020 gubernatorial elections save, perhaps, the particularly large margin (12+ points) by which Montana’s open seat was flipped by Republican U.S. Representative Greg Gianforte over Lieutenant Governor Mike Cooney. This was the only state to change partisan control.

With Democrat Jon Tester still serving n the U.S. Senate, however, Montana is one of 15 states in which a single party will not control the governorship and both U.S. Senate seats come 2021 (with Georgia still pending).

Democrats will control the gubernatorial and U.S. Senate seats in 16 states while Republicans will do so in 18 states (or 19 with a sweep in the January runoffs).

Of the 15 states in which one of the major parties will not control the governorship and both U.S. Senate seats:

Democrats in particular have enjoyed a good run in recent cycles of unifying their control across both elected offices.

After the 2017 gubernatorial elections, Democrats added New Jersey to that list with the victory by Phil Murphy.

By January 2019, that number had increased to 15 – the aforementioned 11 states plus Illinois, Michigan, Nevada, and New Mexico where Democrats flipped all four gubernatorial seats to complement their already full slate of U.S. Senators.

After the 2020 cycle, one more state was added to the Democratic column after former Governor John Hickenlooper (pictured at top) unseated Republican U.S. Senator Cory Gardner in Colorado.

The 2015 election added Kentucky to that list with GOPer Matt Bevin winning the governorship but Louisiana was subtracted following the election of Democrat John Bel Edwards to governor.

The 2016 election also saw North Carolina fall off the list with Roy Cooper victorious in the governor’s race with Alabama doing the same after a 2017 special U.S. Senate election win by Doug Jones.

In 2018, however, the GOP solidified control in five states with U.S. Senate pick-ups in Florida, Indiana, Missouri, and North Dakota and a gubernatorial pick-up in Alaska.

But the party lost the open seat governorship in Kansas to Laura Kelly and an open U.S. Senate seat in Arizona to Kyrsten Sinema.

Finally, Kentucky Republicans lost hold of the governorship in 2019 with Andy Beshear narrowly knocking Matt Bevin out of office.

All told, the number of states in which one party controls all three seats in both offices has increased from 28 in January 2015 to 34 (and possibly 35) in January 2021.