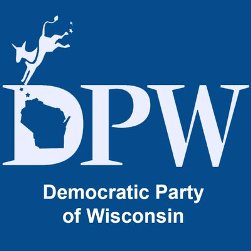 Smart Politics recently highlighted the historical hurdles facing Tony Evers and Wisconsin Democrats in their bid to hold the governorship in 2022 under a Democratic presidency.

Nonetheless, the party finds itself in an unusual position in next year’s midterms to achieve something at the ballot box not enjoyed by Democrats in over 125 years.

By running the table in all statewide elections in 2018, Wisconsin Democrats could sweep all such races on the ballot in back-to-back cycles for just the second time in party history and the first time since 1892.

The number of elections for partisan statewide executive offices has fluctuated over the decades, ranging from the current low of four today (for five offices) to a high of eight during most cycles from the mid-1850s through the early 1900s.

Overall, Democrats have swept these executive offices in only seven of the 74 election cycles with constitutional offices on the ballot since statehood:

The 1890 and 1892 cycles are the only instance of Democrats sweeping these offices back-to-back.

Democrats came close to doing so in 1855 – but Republican nominee Coles Bashford contested the gubernatorial election and was declared the winner by just over 1,000 votes over Democratic incumbent William Barstow in March 1856 for the lone GOP victory that cycle.

In 1875, running under the Democratic Party banner, Democrats held every seat except one: Governor William Taylor lost his reelection bid by 841 votes to Republican Milwaukee Mayor Harrison Ludington.

Following their 1890 and 1892 sweeps, Democrats lost all eight executive offices at the ballot box during the 1894 midterms.

Eight decades later, the Democrats followed up their post-Watergate sweep in 1974 by losing the election for Governor/Lieutenant Governor with Martin Schreiber at the top of the ticket. Democrats still held the remaining constitutional offices.

[Note: While only Republicans were sworn into constitutional offices following the Election of 1942, the GOP did lose the gubernatorial race at the ballot box. However, Progressive Governor-elect Orland Loomis died prior to taking office and thus Republican Lieutenant Governor-elect Walter Goodland was sworn in as Governor in January 1943].

In a sense, Democratic victories across the board in 2018 and 2022 would be more impressive than the 1890/1892 run as the party would hold these offices for eight consecutive years, rather than just four (1891-1894) due to the doubling of the length of terms for constitutional offices that commenced in 1970.