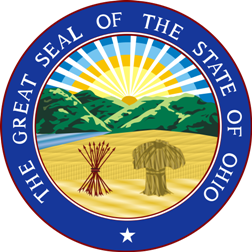 Last month Smart Politics painted a rosy historical picture for Ohio Governor Mike DeWine as he anticipated a primary challenge from his right by former Congressman Jim Renacci – detailing how incumbents have won their party’s gubernatorial nomination in 25 of 26 cycles since the first primary in 1914.

Should he win next May’s primary, Governor DeWine’s general election prospects also seem to be quite favorable.

While a handful of Republican governors in Ohio have lost reelection over the last century (Frank Willis in 1916, Myers Cooper in 1930, Thomas Herbert in 1948, and C. William O’Neill in 1958), the GOP has absolutely dominated the Democratic Party in elections to state constitutional offices over the last generation.

Since the Republican Revolution of 1994, the GOP has been victorious in 31 of 36 elections (86.1 percent) for governor/lieutenant governor, attorney general, auditor, secretary of state, and treasurer.

All the while, Democratic nominees have managed to win 40 percent of federal elections in Ohio for president and U.S. Senate (six of 15 contests).

In 2022, Ohio will host elections for both governor and Rob Portman’s open U.S. Senate seat. So what are the chances Ohio voters will split their ballot with Republicans and Democrats each claiming one of these highly-prized seats?

Although it has become less common across the country in recent years, once upon a time it was not all that unusual for a state to back one party in a state election and the other in a federal race.

In Ohio, there have been numerous examples of such split-ticket voting in elections for governor and U.S. Senate.

Since the direct election of senators in 1914, Ohioans have elected nominees from different political parties in 11 of 27 cycles, or 40.7 percent of the time.

However, prior to the election of DeWine for governor and the reelection of Democratic U.S. Senator Sherrod Brown to a third term in 2018, it had been 44 years since the last time Ohio split its vote for these two offices.

That completed a quarter-century stretch during which Ohio split its ticket for governor and U.S. Senate in seven out of eight cycles:

The only cycle between 1950 and 1974 in which the state elected nominees from the same party was in 1958 when Democrats Michael DiSalle and Steven Young knocked Governor O’Neill and U.S. Senator Bricker out of office respectively.

A Democratic victory in either of these two offices in 2022 would be considered a successful cycle for the party in Ohio, which, if that happens, is most likely to be a pick-up in the open U.S. Senate race while losing the governorship.