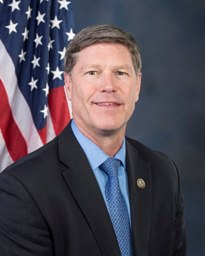 While Wisconsin U.S. Representative Ron Kind has at times been coy in recent election cycles about his political future – the question has usually revolved around whether or not he will run for higher office.

Kind’s name again came up this cycle as a potential 2022 U.S. Senate candidate for what is now a very crowded Democratic field (nine candidates with one already withdrawn).

But on Tuesday the longest-serving U.S. House member of the state’s congressional delegation turned heads by announcing he would retire from his seat at the end of this term.

The 3rd CD congressman is in his 13th term and currently holds the #10 spot for the longest service in the U.S. House in Wisconsin history out of the more than 185 men and women elected to the chamber since statehood.

One other current Wisconsin U.S. Representative now sits in the Top 25 for all-time House service.

Democrat Gwen Moore has risen to #24 with 16 years, 7 months, and 9 days under her belt through Thursday. 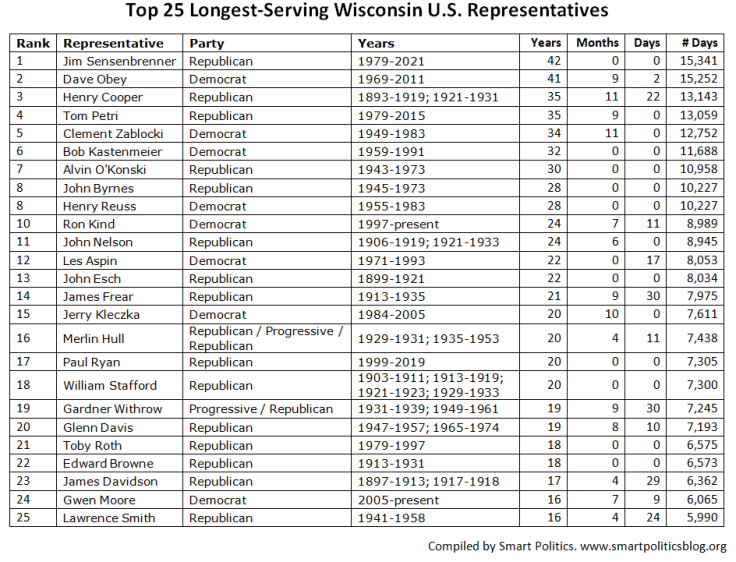 Over the decades, 18 Wisconsin U.S. House members have served at least 20 full years in the chamber.

The average length of time Wisconsin’s 186 U.S. Representatives have served in the U.S. House is 4.2 terms.

Wisconsin’s current delegation has served an average of 4.9 terms which is the state’s greenest delegation in the chamber since the 84th Congress (1954-1955, 4.6 terms).