No former attorney general has been elected to, nominated for, or even been a candidate again for the office in state history 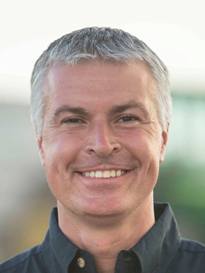 Last Thursday, Ravnsborg entered no contest pleas to misdemeanor traffic charges and was ordered to pay fines and court costs plus public service.

Over the last year, Ravnsborg has boldly ignored calls from top GOP officials in the state to resign. His campaign website is still up and running and seeking donations although he has not declared his candidacy for a second term.

That may be academic, however, as in March of this year Ravnsborg’s predecessor, former two-term AG Marty Jackley (pictured), officially launched a campaign to get his old job back.

Jackley was ineligible to run for reelection in 2018 due to term limits that prevent constitutional officers in the state from holding the same office for more than two consecutive terms.

But Jackley’s 2022 campaign is still unusual on many fronts.

For starters, none of the 30 former South Dakota Attorneys General have ever returned to the office and served nonconsecutive terms.

None, in fact, were ever renominated by their respective party for attorney general.

And none – until Jackley – have ever even campaigned for their old post.

Smart Politics examined the 55 election cycles for constitutional offices in South Dakota history and found that no ex-Attorney General ever ran for their party’s nomination – either during convention or primary eras.

Since 1982, only three of the 10 GOP conventions have resulted in contested balloting.

In 2018, Ravnsborg defeated the aforementioned Fitzgerald and state Senator Lance Russell for the GOP nod on the second round of balloting.

The 2018 cycle became just the fourth cycle since the selection of nominees via state conventions resumed more than 90 years ago in which both parties had contested balloting for the office – all open seat contests.

Each party also saw non-unanimous balloting at their conventions in:

With the criminal proceedings now completed, it remains to be seen whether the South Dakota legislature resumes impeachment proceedings. If so, Ravnsborg would become just the third attorney general in the state to have his term cut short. None – thus far – have ever resigned in scandal.