Thompson would not only be the oldest Wisconsin governor to take office but also do so with the sixth largest gap in service for the office in U.S. history 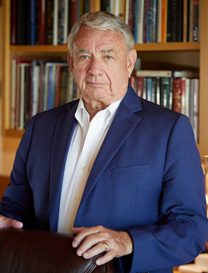 Earlier this week, former four-term Wisconsin Governor Tommy Thompson stated that he had not ruled out running for the state’s highest elected office once again this year.

Thompson’s last campaign was at the age of 70 when he was the GOP nominee for an open U.S. Senate seat won by U.S. Representative Tammy Baldwin.

Thompson officially launched that campaign on December 1, 2011 but said he won’t make a final decision to enter the 2022 gubernatorial race until April of this year – just four months before the primary – at the age of 80.

First-term Governor Tony Evers faces his own challenges. As previously reported by Smart Politics, Wisconsin Democrats have lost a staggering 32 of the last 33 elections for governor when a Democrat resides in the White House dating back to 1855, and President Joe Biden’s approval rating is currently not doing any favors for Democratic incumbents running for reelection this year.

Should Governor Thompson run for a fifth term, he’d first have to dispatch with former GOP Lieutenant Governor Rebecca Kleefisch in the early August primary.

If he manages that feat and subsequently defeats Evers in November, Thompson would become the oldest Wisconsinite to take the office in history, the second to serve nonconsecutive terms, and – perhaps most noteworthy – own one of the largest gaps in gubernatorial service in the nation’s history.

A victorious Thompson would take office on January 2, 2023, or 21 years, 11 months, 1 day since he left office in February 2001 when he was appointed Secretary of Health and Human Services in the George W. Bush administration.

That would be the sixth largest gap in service between nonconsecutive terms for United States governors with three of the Top Five occurring within the last 30 years.

West Virginia Republican Cecil Underwood leads the way with the largest time between terms at 35 years, 11 months, and 28 days.

After Underwood left office in 1961, he made several attempts to win back his old seat – losing the general election of 1964, the GOP primary of 1968, and the 1976 general election before finally defeating former Democratic state legislator Charlotte Pritt in 1996’s open seat race nearly three-dozen years after holding the governorship.

The remaining four governors are:

The only Wisconsin governor to do so thus far is Philip La Follette. La Follette had a two-year pause out of office between losing his 1932 bid for a second term as a Republican to Democrat Albert Schmedeman and then defeating Schmedeman as the Progressive nominee in 1934.

The oldest Wisconsinite to serve as governor is Republican Walter Goodland. Goodland was 80 years and 13 days old when he took office in January 1943 following the post-1942 election death of Progressive gubernatorial victor Orland Loomis. [Note: Goodland was the sitting lieutenant governor and had been reelected to a second term that cycle].

Goodland served as governor until his death at 84 years, 2 months, and 18 days at the beginning of his third term in March 1947.