Two of the six Democratic U.S. Senate pick-ups in the Show-Me State have occurred during GOP-friendly cycles 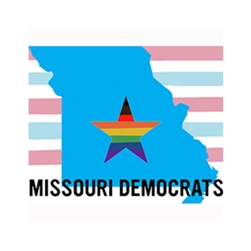 With four and one-half months before the primary, all signs still point to former Missouri Governor Eric Greitens being right in the mix (if not the frontrunner) in the competitive fight for the Republican U.S. Senate nomination in the open seat race.

A record 18 Missouri GOPers filed for the race in a state where many party leaders fear defeat may be clutched from the jaws of victory if the former governor (who resigned in scandal in 2018) wins the August 2nd primary.

However, Greitens remains in a statistical tie with each of them in a state that has become increasingly red in recent years.

During a midterm election cycle in which Republicans would seem to have a distinct edge (with Democratic standard bearer Joe Biden languishing with fairly poor approval ratings), the prospect of losing what should be a safe U.S. Senate seat might bring to mind other questionable GOP nominations over the last decade such as Missouri’s own Todd Akin in 2012 (losing to incumbent Claire McCaskill) or Richard Murdock of Indiana in 2012 (losing to Joe Donnelly).

However, those GOP losses came during a fairly Democratic-friendly election cycle in which Democrats made modest gains in each legislative chamber.

During the direct election era, Missouri Democrats have managed to pick off Republican-held seats six times.

Four of those came during cycles against one-term incumbents while Democrats gained ground in congressional elections nationally:

In 2000, Governor Mel Carnahan died in a plane crash three weeks prior to the election, but still defeated incumbent John Ashcroft, with Carnahan’s widow, Jean, subsequently appointed to the seat. Democrats netted four senate seats that cycle and one in the U.S. House.

In 2006, Auditor Claire McCaskill eked out a 2.3-point win against Senator Jim Talent while Democrats netted six U.S. Senate seats and 31 in the U.S. House.

Of course, the national electoral landscape does not appear to be as sunny for Democrats in 2022, and certainly not in Missouri.

However, there have been two cycles – many decades ago – during which Missouri Democrats picked off GOP-held U.S. Senate seats (also against first-term incumbents) while the party flailed nationally.

In 1952, former U.S. Air Force Secretary Stuart Symington unseated James Kem by 8.1 points while the GOP netted a modest two seats in the chamber plus 22 in the U.S. House.

With nearly 20 candidates slated to appear on the GOP U.S. Senate primary ballot this cycle, a relatively low but loyal group of Greitens supporters could be enough to put him over the edge.

The lowest percentage with which a major party nominee has won a U.S. Senate primary in Missouri to date is the 31.4 percent received by U.S. Attorney Roscoe Patterson in 1928, edging former U.S. Representative Nathan Frank in a six-candidate field.