Vance records the second least support among the more than 80 Ohio U.S. Senate major party nominees during the primary era 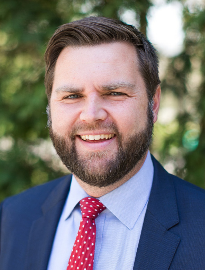 Vance’s win marks the second lowest support for a major party U.S. Senate nominee in Ohio history across the 82 Democratic and Republican primaries held for the office since 1914.

The only candidate to emerge as a nominee with a lower percentage of the vote was former state Representative Kingsley Taft during the 1946 special election to fill the vacancy caused by the resignation of Republican Harold Burton to take a seat on the U.S. Supreme Court.

Vance is only the seventh of the 82 Ohio U.S. Senate major party nominees to win a primary with less than 40 percent of the vote. In addition to Kingsley Taft, the remaining five are:

Vance’s 8.3 point victory over Mandel is the first time a GOP nominee has won by single-digits in a U.S. Senate primary in more than half a century. Robert Taft, Jr. last did so in 1970 with a 0.6-point win against Governor Jim Rhodes.

With two qualified candidates withdrawing from the 2022 GOP race, the Republican ballot settled at seven, which is good for the second largest field in party history, trailing only the eight candidates in the 1926 GOP race won by incumbent Frank Wills.