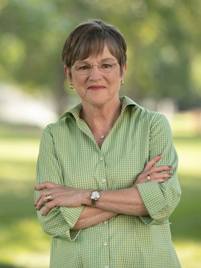 Although it seems red states are getting redder and blue states are becoming bluer, it is virtually an iron-clad guarantee that during each midterm election cycle, multiple states will elect their governor with evenly divided and less than majority support.

Over the last 14 midterms spanning more than a half-century, only one cycle has had less than four states elect plurality winners (in 1998, when only Colorado Democrat Bill Owens (49.1 percent) and Minnesota Reform Party nominee Jesse Ventura (37.0 percent) failed to eclipse the 50 percent mark).

The last time the nation saw a higher rate of governors elected without a majority was in the 1910s when an astounding 40.0 percent of victorious candidates emerged with a plurality (76 of 190 elections).

That boost was buoyed in large part by the impact of the Progressive Party during the 1912 cycle – a year in which an astounding 26 of 33 elections resulted in a governor who did not receive majority support (78.8 percent). Between 1912 and 1915, 48 of 73 elections for governor had plurality winners (65.8 percent).

So far during the 2020s, none of the 13 gubernatorial elections have resulted in a plurality victory.

That will certainly change in November, where the magic recipe of competitive races and modestly strong third party candidates could bring about pluralities in several states.

Major party nominees and ballot access for independents and third party candidates are yet to be solidified in many states, but the pool of states that stand a good chance to elect plurality winners include:

Alaska (plurality winners in two of the last four elections) is now subject to a new election law that will place the top four candidates at the primary – regardless of party – on the general election ballot. GOP Governor Mike Dunleavy and former independent Governor Bill Walker are sure to draw two additional opponents and a plurality outcome is quite feasible after all first-choice votes are counted (and, possibly, after the subsequent ranked choice voting tally is completed as this method of voting does not always result in majority winners as intended).

Since 1900, there have been nearly 280 plurality winners in gubernatorial elections out of more than 1,900 contests (14.4 percent overall).