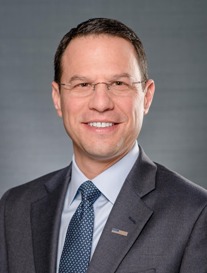 With Pennsylvania Attorney General Josh Shapiro continuing to lead State Senator Doug Mastriano in poll after poll – some by double-digit margins – Democrats in the state are optimistic about the prospects of holding the governorship this November.

A win by Shapiro would be no small feat in the state given its electoral history.

Smart Politics previously reported how Pennsylvania Democrats have the nation’s longest three-peat gubernatorial drought – last winning three consecutive races for the office 175 years ago (1838 through 1847, a drought 100 years longer than any other state).

Additionally, Pennsylvania voters have proven themselves to be one of the nation’s most reliable gubernatorial ‘naysayers’ over the last century – reliably voting against the nominee of the sitting president’s party in elections for governor.

Since 1938, Pennsylvanians have voted for nominees of the opposite party of the president in 19 of the last 21 gubernatorial elections (90.5 percent).

What were the two exceptions?

In the remaining 19 cycles, the gubernatorial nominee of the sitting president was defeated – and by an average of 11.4 points.

The three most lopsided defeats by such nominees over the last 80+ years have occurred since 1990:

Of course, the nation is also closely watching the open U.S. Senate contest in the Keystone State, with the race between Democratic Lieutenant Governor John Fetterman and physician Mehmet Oz noticeably tighter (the Real Clear Politics polling average shows Fetterman with a 4.5 point advantage, compared to 9.0 points for Shapiro over Mastriano at the top of the ticket).

Like many states, there has been little evidence of any naysayer effect in Pennsylvania in races for the nation’s upper legislative chamber.

Since 1938, voters have backed a U.S. Senate nominee of the party of the sitting president nearly half the time in Pennsylvania – in 14 out of 29 cycles, although only two of the last nine since 1994 (incumbents Arlen Specter in 2004 and Bob Casey in 2012).