Mike Braun’s exit from the U.S. Senate and planned pathway to the governorship are unusual in Indiana politics 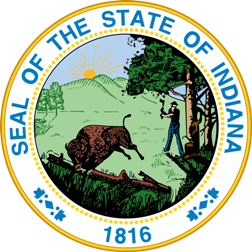 Indiana has received a fair share of early 2024 election buzz with Republican U.S. Senator Mike Braun announcing he would not run for a second term and several big names subsequently campaigning for or expressing interest in his fairly safe GOP seat.

Braun’s exit from the chamber after just one term is fairly unusual – as is his attempted pathway to win the governorship, the office for which he is now running in 2024.

Two years ago, Smart Politics documented the very limited number of cases of sitting or former U.S. Senators who have gone on to win gubernatorial elections since the turn of the 20th Century (less than two-dozen). Overall, governors-turned-U.S. Senators outnumber U.S. Senators-turned-governors by more than 7:1 since 1900.

Braun is also just the third Indiana U.S. Senator in the direct election era to decline to run for a second term in the chamber.

Jackson did not run in the 1944 special or general elections to keep his seat and instead ran for governor that November. He was defeated by Republican attorney Ralph Gates by 2.8 points.

Every other U.S. Senator from Indiana prior to Braun sought to hold onto their seat when their first term expired.

[Note: In 2016, Republican Dan Coats did not run for reelection for what would be a fourth nonconsecutive term. He had already served two terms in the chamber from 1988 to 1999].

The remaining 17 first-term Indiana U.S. Senators who ran for another term in the direct election era are:

No sitting or former Indiana U.S. Senator has won a gubernatorial election since 1900.