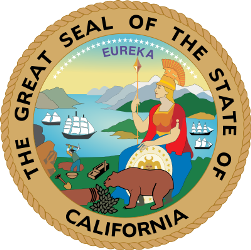 Following up on a report from earlier this week in which Smart Politics documented the biggest Republican winning streaks in statewide elections, this report details the largest streaks on the Democratic side.

Through the 2020 cycle, Democrats have won the most recent statewide election(s) in 18 states, including two states hosting races next month.

Virginia is tied for eighth for the party with 13 consecutive Democratic wins since the GOP swept the Commonwealth’s constitutional offices in 2009. Elections for governor, lieutenant governor, and attorney general will be on the ballot in November.

Overall, Democrats in California lead the way for the party, notching 30 straight wins since 2008. Republicans last won a statewide contest in 2006 when Governor Arnold Schwarzenegger was reelected and Steve Poizner picked up the open seat for state insurance commissioner.

New York owns the longest streak with Democrats not losing any of the 24 statewide elections dating back nine cycles through 2004.

In addition to California, Democrats in Connecticut (23 in a row), Minnesota (22), and Hawaii (12) have active winning streaks since 2008.

If Minnesota Democrats sweep the state’s constitutional offices in 2022, it will mark the first time any party in the Gopher State swept every statewide race during a 14-year stretch. 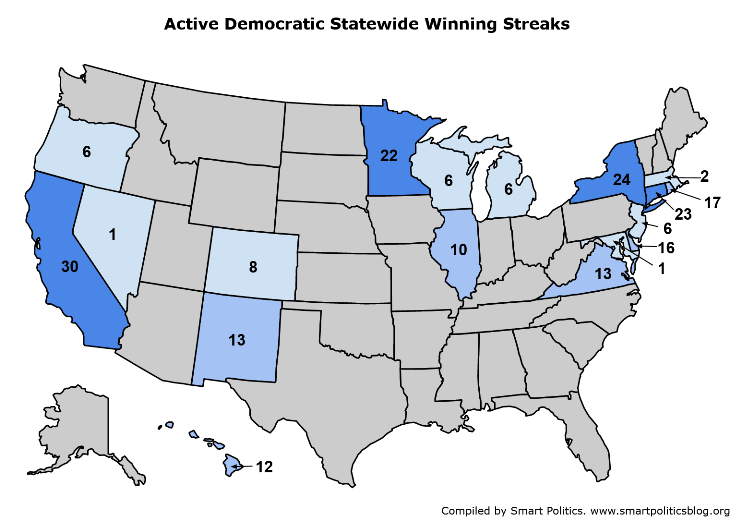